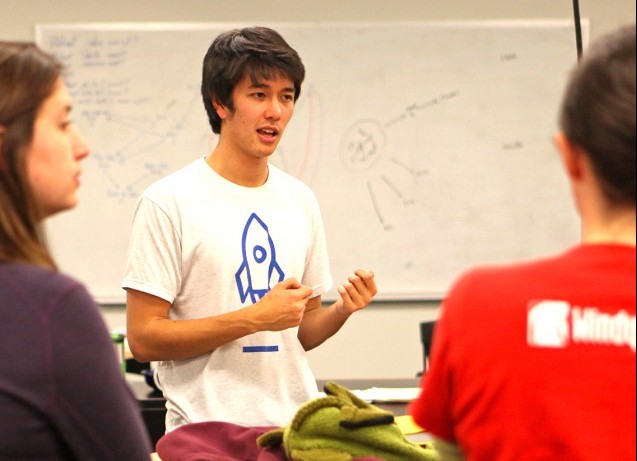 The Code to Transform Lives

Few subjects have loomed as large in the national media as the “tech talent gap.”

The lack of skilled developers and IT professionals has left businesses scrambling to find ways to support their fast-growing technology needs, and the problem shows no signs of resolving itself. The US Department of Labor predicts that as many as 1 million programming jobs will go unfilled by 2020.

But Americans also need real, rewarding jobs. More than 9 million Americans are unemployed, with a staggering 22 million stuck in minimum wage job cycles that leave them struggling to find opportunities for livable wages and career advancement.

On March 9, 2015, President Obama announced his commitment to solving both issues with the $100 million TechHire initiative, a multi-sector program dedicated to closing the tech-talent gap through skills training and job placement across 20 pilot cities. But the President acknowledged that the TechHire initiative owed its model and vision to the St. Louis-based nonprofit LaunchCode, founded in 2013 to provide pathways to upward mobility through paid apprenticeships in technology.

“LaShana had the skills, and LaunchCode went to bat for her,” the President said. “That’s what’s already happening, but it’s happening on a small scale, and what we need to do is expand it.”

As a child, she was fascinated by machines and computers, and spent hours building and deconstructing old PCs and hard drives. After receiving a full scholarship to college in Michigan, LaShana explored her passion for technology by studying computer science but was forced to drop out and return to East St. Louis.

For many years, she worked as a bus driver before eventually securing a desk job in IT. Still, she couldn’t shake her fascination with computers, and continued to tinker with code in the evenings, eventually finding her way to CoderGirl, LaunchCode’s all-women’s community coding class.

With the support of CoderGirl’s mentors and peers, LaShana quickly honed her skills and was placed with MasterCard as a LaunchCode apprentice. She was hired as a full-time employee within 60 days; 30 days short of the average apprenticeship length.

Good programming and IT jobs typically require a technical degree and 2-5 years of work experience just to get an interview—despite her strong coding skills, LaShana would have struggled to find employment if she had pursued traditional technology hiring routes.

LaunchCode sidesteps this problem through a unique paid apprenticeship model allowing candidates to receive valuable mentorship and on-the-job training, while also de-risking the hiring process for companies by allowing them to try out an employee before committing to a full-time hire.

A Code That Works

To date, LaunchCode has placed over 160+ people in paid apprenticeships with 90% converted to full-time hires. Inspiring stories like Lewis’ are not unusual at LaunchCode as candidates come from all walks of life, span a wide range of backgrounds, ages, and education levels.

Veterans, mothers re-entering the workforce, college students unable to find jobs with their 4-year degrees, and persons with disabilities (among many others) have all gone on to become successful LaunchCode placements. However, not all candidates come ready to enter the apprenticeship program.

In fact, 90% have no professional programming experience, and 40% lack college degrees. LaunchCode provides free training for over 1,000 aspiring coders annually through its education programs, including CoderGirl, Harvard and edX’s online CS50 course, and ReBootU, an intensive program geared towards the long-term unemployed. Candidates also have access to online and offline educational resources through 25+ partners, many of which offer free or discounted resources for LaunchCode candidates.

In solving the tech-talent gap, LaunchCode is committed to supporting companies, strengthening cities, and giving everyone a pathway to upward mobility, economic independence, and a better life. Stories like Lewis’ remind everyone, even the President of the United States, of the impact these changes can have.

Candidates get a pathway to well-paid, highly valued skillset, and companies get access to much-needed tech talent. This, in turn, builds strong local economies and a thriving, supported community.

LaunchCode offers two key pieces of advice for those looking to launch into the field of programming or transform their lives through creativity and entrepreneurship.

First, use the networks and the resources surrounding you. The St. Louis community offers a tremendous depth of experience, resources and opportunities, and has many experienced people who can help make your dream a reality, and a success.

Second, dream big. Your dream can have profound impacts on you, your family, and the world. Dream big, and aim high.

LaunchCode is in the process of expanding nationally— the organization currently has offices in St. Louis and Miami, with plans to open a Kansas City location by the end of the year. LaunchCode has placed apprentices in 10 different states with the goal of operating in all 50 states by the end of 2015.