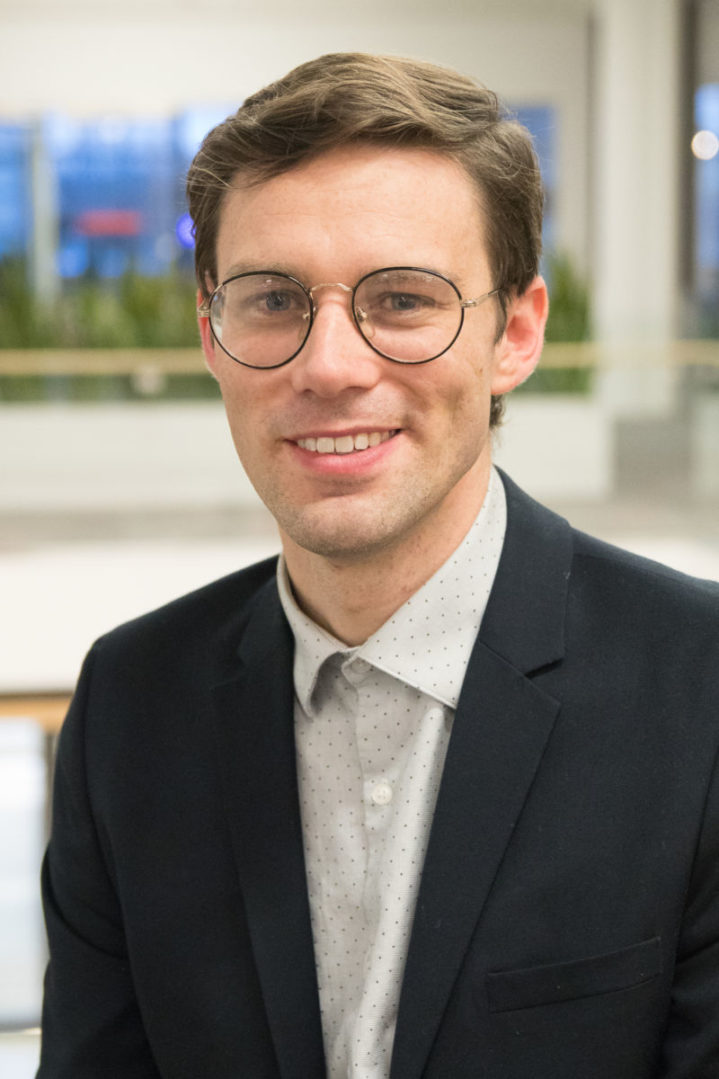 Prior to this appointment, Mathews was the director of marketing and website for Ranken Jordan Pediatric Bridge Hospital, where he steered the rebranding and awareness campaign that saw major gains in donor engagement, website traffic and brand recognition. His experience includes strategic and events planning, communications, fundraising and graduate studies in business administration.

Fittingly, Mathews also has a history in startups. In 2013 he co-founded Yougy, a mobile, geolocation startup which helped people stay connected at events and crowded places.

Sheridan says the flagship program – the Venture Café Weekly Gathering – has grown to the largest weekly event in the world focused on supporting innovation and entrepreneurship. In 2016, the Venture Café averaged 530 attendees every week and offered more than 550 free educational sessions.

“I am honored to join Venture Café St. Louis as the executive director,” Mathews said. “Travis Sheridan and the Venture Cafe team play a key role in supporting entrepreneurs and innovators who are vital to our region’s growth. I’m excited to continue creating new opportunities, which will enhance and accelerate the innovation process in the Greater St. Louis area.”

Mathews will be tasked with continuing the organization’s mission, while looking for ways to pioneer new initiatives. On the horizon is the construction and launch of Innovation Hall within the Cortex Innovation Community. This will be a civic innovation center aimed at hosting and curating more frequent innovation-focused conferences and events.

“Venture Café has solidified its important role in the weekly convening of our regional entrepreneurial community, but we have just begun,” said Dennis Lower, president/CEO of Cortex and board chair of Venture Café St. Louis. “Tyler is joining the organization at a very exciting time. The board is looking forward to his vision of taking Venture Café to yet a higher level.”

Sheridan, the outgoing executive director and new president of the CIC Venture Café Global Institute, said he is confident as he hands the reins over to Tyler.

“I am proud of what I’ve been able to build with this team,” Sheridan said. “With the core team and core community in place, the next goal is inspiring and reaching the next generation of innovators and I’m confident Tyler is the right person to reach these goals.”