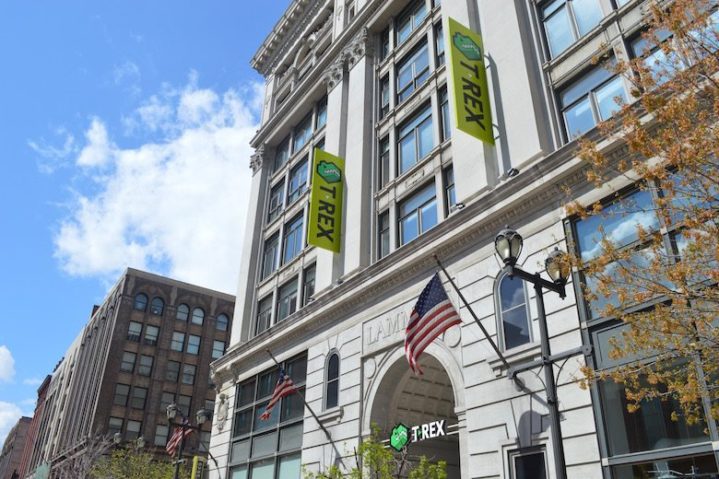 5 Downtown St. Louis Developments To Get Excited About Right Now

Downtown St. Louis continues to grow and thrive as an inviting environment for both businesses and residents. Here are five of the newest developments you'll want to keep an eye on.

The Downtown St. Louis innovation district continues to grow and thrive as an inviting environment for both businesses and residents. From innovative tech and startup hubs to restaurant and entertainment districts, the area is making strides towards its vision of delivering an authentic, first-class Downtown area for employees, residents and visitors.

Read on for some of the newest developments you’ll want to keep an eye on.

Breathing new life into an underutilized corporate space, the real estate innovator, Green Street, has transformed the building at the corner of Jefferson Ave. and Market St., formerly used by Wells Fargo, into an ideal (and centrally located) spot for businesses. 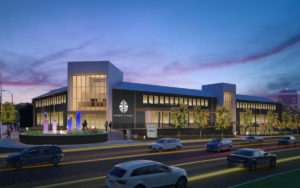 Originally built as the Hotel Jefferson for the 1904 World’s Fair, the 14-story Jefferson Arms building holds a spot on the National Register of Historic Places. 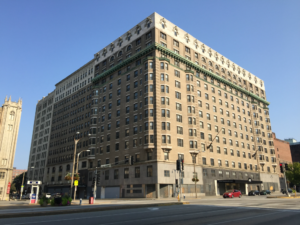 Since its use as senior retirement housing when it closed almost a decade ago, the building had fallen into disrepair. But developer Alterra International sees the potential in Jefferson Arms’ solid bones and convenient Downtown location.

Alterra plans to reinvent the historic building’s 500,000 square feet into a mixed-use space that includes nearly 20,000 sq. ft. of ground-floor retail, a 198-room Mariott hotel with banquet facilities and 239 residential apartments. Also included in the plans for the project are several restaurants and a furniture shop, all of which could be completed by January 2020.

Formerly Macy’s Downtown, the century-old Railway Exchange was the first home of T-REX before the incubator and co-working space acquired the Lammert building.

Occupying the entire block of Olive, Locust, Sixth and Seventh Streets, the steel-frame, the 21-storey building was once the tallest building in St. Louis when it was originally built in 1914 and was home to Wabash Railway and various railroad companies.

Hudson Holdings, a company with a reputation for re-energizing and repurposing historic downtown areas, purchased the building in January 2017 and is partnering with local developer Amos Harris to redefine the 1.2 million square feet into residential apartments as well as possible office space and ground-floor retail.

4. T-REX’s Next Phase at the Lammert Building at 911 Washington Ave 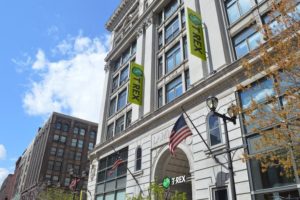 T-REX is now putting its stamp on the city landmark with some upgrades of its own. This new phase of renovations will finish out some of the building’s raw and underutilized spaces on the first and third floors, providing more room for its approximately 200 startups that employ over 400 people.

In a total redesign, the third floor will receive additional co-working spaces as well as a new office and meeting space. There are plans to revamp the first-floor lobby with a fresh design and upgrades while keeping the historic character that makes the place so special.

They are working with the non-profit Art St. Louis to establish a new coffee house and digital art café called Catylyst that will make its home on the first floor. These renovations were made possible by T-REX’s capital campaign, which will continue to help redevelop the Lammert Building.

More than five times the scale of phase one, Ballpark Village’s phase two will expand the project by an additional 550,000 square feet. Building on the “live/work/play” neighborhood vision, the project’s developers will transform Clark Street into an epicenter for any St. Louis and major league baseball fan. 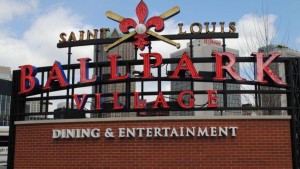 In addition to new retail and entertainment space flanked by an office building on the west end of the street, 300 residential units will be added to the east end in a 29-story glass and steel luxury apartment building with views of the city’s skyline and, more importantly, unimpeded views into Busch Stadium. Some areas of Ballpark Village are expected to open in 2018, and the entire project is scheduled to be completed by 2019.

Looking for an office or a place to live Downtown? Check out Downtown STL‘s office space finder and the apartment finder.