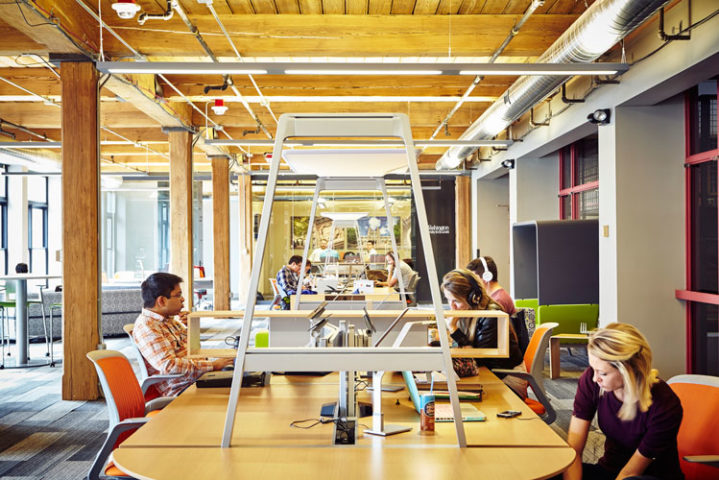 T-REX, the Downtown technology incubator and co-working space, has attracted innovative companies and events for the past two years. Now, the T-REX team is looking to expand its reach with an $8 million campaign, announced in April at the space’s second birthday party.

“What that will do is help finish out raw and underutilized space within the facility, as well as address building systems that are near the end of their useful life,” says Patricia Hagen, president and executive director of T-REX.

The first phase of the project will see improvements to the first-floor lobby to make the entry more welcoming, as well as a complete renovation of raw and open spaces on the building’s third floor to provide more space for startups.

“Right now we’re planning an open-concept space utilizing moveable walls so we can be flexible with the companies we house and accommodate them as they grow in size,” says Hagen.

The second phase will tackle the lower level, second floor, fourth floor and rooftop, renovating existing underutilized office spaces and conference rooms, as well as creating new production spaces and building out a rooftop patio. Hagen says they are cognizant of the types of sustainable, creative spaces in which the emerging workforce is highly interested.

“In many ways, we are responding to the desires of a generation who will be the leaders of St. Louis in a very short period of time–if they aren’t already,” says Hagen. “The way they want to work and where they want to work—we all need to pay attention to these changes in our culture.”

The growth of T-REX also directly affects the growth of the region: Many companies who begin at the incubator go on to set up larger offices Downtown, as well as throughout the county and in the region. Close to 200 jobs have already been created Downtown by T-REX graduates.

Through the Missouri Department of Economic Development, T-REX has already received $2 million in donor tax credits, as well as $200,000 from the Missouri Technology Corporation. The nonprofit will be able to use those credits to encourage donations from philanthropic donors, who will receive state tax credits valued at 50 percent of their total donations to T-REX.

“T-REX has been an extremely important development for St. Louis and for Downtown,” says Hagen.

“I think that the St. Louis community will step up and help us create more spaces for the growing entrepreneurial movement here and show St. Louis at its best. We’re already receiving national and international recognition for what we are accomplishing, but we can do even more, and St. Louis is a great city that deserves this effort. So let’s get going!”