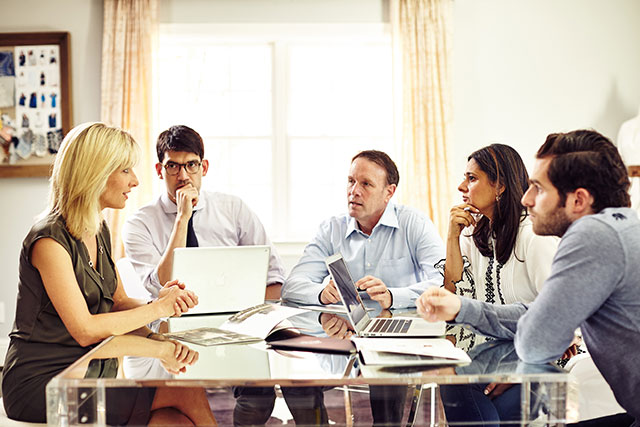 Presented by Simplify Commerce by MasterCard

Saint Louis Fashion Fund, one of STL's newest nonprofits, cites Simplify Commerce as an integral part of its success.

One of the biggest challenges of running a nonprofit is raising the funds needed to execute on its mission. That’s currently the case for the Saint Louis Fashion Fund, which, with its new executive director, Eric Johnson at the helm, is working to keep St. Louis in the conversation when it comes to fashion destinations.

“There is a perception by some within the design community that you need to be in cities like New York or Los Angeles in order to build a successful fashion brand,” says Johnson. “Of course, those cities are great and always will be, but our goal is to show that fashion can exist—and thrive— outside of those cities.”

Founded in 2014 by a group of St. Louis fashion business leaders, St. Louis Fashion Fund works to support emerging designers and promote fashion outreach and education. Its current focus is a fashion incubator Downtown, which would bring jobs and talent to St. Louis and provide startup designers with the funding and support necessary to thrive.

The incubator recently announced its criteria for designers “casting a wide net” for the right fits, says Johnson. The ideal company has several years’ history, receives orders and is currently going into a phase where they need the unique tools and mentorship that STLFF’s incubator would offer. Johnson envisions a cohort system where brands operate out of the incubator over a two-year tenancy period before graduating.

But all things cost money

Right now, STLFF is in the middle of a $2 million capital campaign, which will cover $500,000 in capital costs and three years of operating expenses. As of press time, they’re nearing the $1 million mark.

“Like any business, we need sufficient capital to execute on our plans,” says Johnson. “Without appropriate funding, we’re like a designer without thread.”

Any nonprofit can relate to at least some of these issues: waiting on checks to arrive, making sure online donations can be made securely and navigating transaction fees for online donations. It’s no wonder that in 2014, online donations represented only 10 percent of total giving, according to the Network for Good’s Digital Giving Index. “Nonprofits are spending their time doing good and often don’t have the expertise in payments, which is where we come in,” says Keith Ingenthron, manager of strategic partnerships at Simplify Commerce by MasterCard.

Before STLFF made the switch to Simplify Commerce, the organization was having trouble with the backend payment system on its website, says STLFF executive director Kathleen Rogers. Donors were limited to a menu of donation amounts, and there was a significant delay transferring money into the account. “There seemed to be a lot of snafus that were slowing things down and making us look unprofessional,” says Rogers.

Simplify Commerce took care of those issues. “We’ve created our platform so that nonprofits like Saint Louis Fashion Fund can quickly set up an account, get special nonprofit pricing and start accepting donations that same day,” says Ingenthron.

The partnership had existed for a year, at first to assist STLFF with online ticket sales to its annual gala, but it grew thanks to Simplify’s easy-to-use and versatile system. Now Simplify is the organization’s official “Friend the Fund” donation engine.

“Our challenges are mainly in trying to accomplish a lot with a lean staff,” says Rogers. “When we have to spend time sorting out issues with online payments, that’s precious time that could be devoted to other things like fundraising and recruiting designers. We love the ease and simplicity…it makes all of our jobs easier.”

Simplify Commerce also offers the “highest levels of security,” according to Ingenthron, and has the added benefit of being backed by MasterCard—an institution that customers making substantial donations via a very intangible Internet like to see. However, the platform prides itself on remaining “invisible” to the public: It’s 100 percent branded to the client, a feature he says helps nonprofits continue to build their own brands, rather than direct customers to a third-party website.

Then there’s the all-important cash flow aspect: Ingenthron says that Simplify can get donations into the bank account in two business days. For nonprofits and for-profits alike, that time can make or break the business.

These features helped facilitate an important donation from Levi’s, a key sponsor for the upcoming STLFF gala who donated online. Rogers said that they orginally had a complicated vendor system that was slowing things down—and it took more than a few emails to sort out. “But when we suggested using Simplify Commerce with a credit card on our website, it was easy and immediate,” says Rogers. “The sponsor was able to quickly and painlessly go online and fulfill their donation, which was a huge help to us.”

Simplify will continue to help drive STLFF’s growth—which can only mean good things for the city and the talented fashion designs the incubator will soon host.

“What is very exciting to me is the chance to be part of the renaissance taking place in the city of St. Louis,” says Johnson, a St. Louis native who returned from NYC to head the fund. “I feel that the city—and often the Midwest region as a whole—can be overlooked as a place for innovation and entrepreneurship, not to mention anything about fashion and design. There’s a lot taking place here, but it sometimes flies under the radar, so I’m excited about the possibility of the incubator being a tool by which to spread the word about all of the positive things happening in St. Louis.”