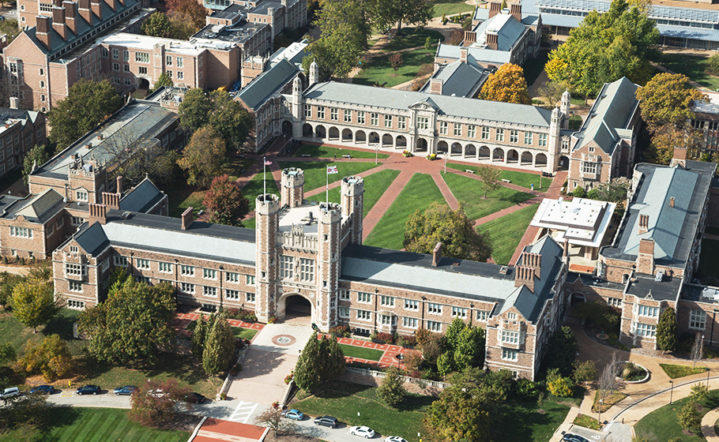 The region's universities play a vital role in the success of the entrepreneurial ecosystem. SLU, Wash U and UMSL may want to think about doubling down with direct investment, especially when pipeline funding is shrinking.

Several recent reports on ecosystem growth and health have connected direct investment into early-stage pipelines with a region’s overall capital investment numbers, job growth and talent retention and that a region’s universities play a major role in an ecosystem’s success.

In light of recent news from the STL Regional Chamber’s Venture Capital Overview that the St. Louis’ startup ecosystem is at a critical inflection point, the time may be at hand for the City, the State and its institutions to re-evaluate their priorities with regards to direct investment in its entrepreneurs.

The Chamber’s report found that one of the main concerns for the innovation ecosystem moving forward was access to funding; specifically, later-stage seed funding that helps startups get through the difficult, middle phases of development and helps secure outside capital. While the numbers indicate a move toward bigger investments into more mature startups in general– a national trend– they also showed a decrease in the overall number of investment capital investments in early and mid-stage companies; a case, it appears, of the candle burning at both ends.

A new report from Pitchbook confirms that ecosystems with a healthy density of late-stage startups are becoming harder to find. This could indicate that the healthy pipelines that fueled the explosion of investment over the past few years aren’t being replenished.

In that report, the analysts argue that the “health” of a venture capital ecosystem can be assessed by evaluating three primary factors: the density or number of companies that have received venture funding in the area, the resources or local capital available to startups, and the area’s ability to nurture and retain talent.

Pitchbook’s analysis of these factors over thirty states echoes similar warning signs to the Chamber’s own report and indicated a lack of density of late-stage startups in Missouri. However, the report did highlight several bright spots including the amount of local funding available and talent creation and retention.

The Midwest produces a high volume of talent

The Rust Belt can’t compete with the coasts when it comes to venture capital, attracting less than 5 percent of the nation’s total venture capital investment, but its ability to nurture talent is a different story. With more than 20 of the world’s top 200 research universities located in the upper midwest, higher education institutions in the region produce a generously-sized pool of qualified graduates for employers.

The Brookings Institution also identified that schools in the Midwest produce 35 percent of the nation’s total bachelor’s degree holders, 33 percent of its STEM graduates, and 32 percent of all higher education degrees awarded in the United States.

According to Brookings, the proximity and density of top-tier universities is a key factor for retaining startup talent locally. Those midwestern cities graced with top-tier research institutions and universities also happen to be have some of the fastest-growing tech talent markets.

St. Louis, like many Rust Belt towns, has historically found talent retention among graduates difficult. Recent reporting however, might signal a reverse trend towards talent retention. A 2016 survey of St. Louis Graduates conducted by the St. Louis Regional Chamber indicated, at least anecdotally, that graduates had an overall positive outlook to St. Louis regarding their future career prospects.

Within the past few years, regional schools like Wash U, SLU, UMSL and others have taken steps to improve talent retention by offering entrepreneurship resources to students and faculty members.

The Skandalaris Center for Entrepreneurial Studies, first formed as a part of Washington University’s Olin Business School before becoming independent in 2003, has been instrumental to the City’s startup scene. A recent fund established by entrepreneur, venture capitalist and Wash U professor Cliff Holkamp provides micro-grants to Wash U students interested in entrepreneurship. Washington University’s investment in Cortex and BioSTL’s BioGenerator fund remain some of the best examples of how university investment can fuel radical change for a region.

SLU has also pushed for more initiatives in entrepreneurship, introducing its “Big Ideas Challenge” competition that awards three winners with $50,000 to plan and grow their business initiatives.

UMSL has expanded their offerings for entrepreneurs offering a plethora of certificates and areas of study within the Arts, Education and Digital Marketing among others.In 2017, UMSL started the Ameren Accelerator, a program designed to provide hands-on mentoring to startups and real-world internship experience to students.

The Benefits and need for even greater involvement

By investing in new ventures, universities have the power to impact communities at large, which, in turn, lead to greater future opportunities for the university and its alumni. Considering that educational institutions can benefit from expanding their portfolios into alternative forms of investment such as private equity and venture capital, endowment managers could invest directly into startup ecosystems or alternatively, provide for fund management within a public-private arrangement.

Giving startups in St. Louis the opportunity to reach the next level of innovation could similarly bring national attention to the region and greater recognition for its institutions. For innovation in St. Louis to get past its current inflection point and onto the next level, it needs to tap into more local funding. A vote of confidence from an alma mater could jumpstart a fledgling startup or provide them with enough capital to attract matching investments.

Universities in the St. Louis area clearly see the value in helping the local startup ecosystem, but also seem unwilling to take many risks on direct venture capital investments. Hopefully through deepening their involvement in the ecosystem, local area Universities will step into the current gaps of pipeline funding. By providing smaller, targeted investments designed to support early-stage and middle-stage startups, they can ensure that not only their graduates but the region’s entrepreneur community as a whole, have a better than fighting chance at success.