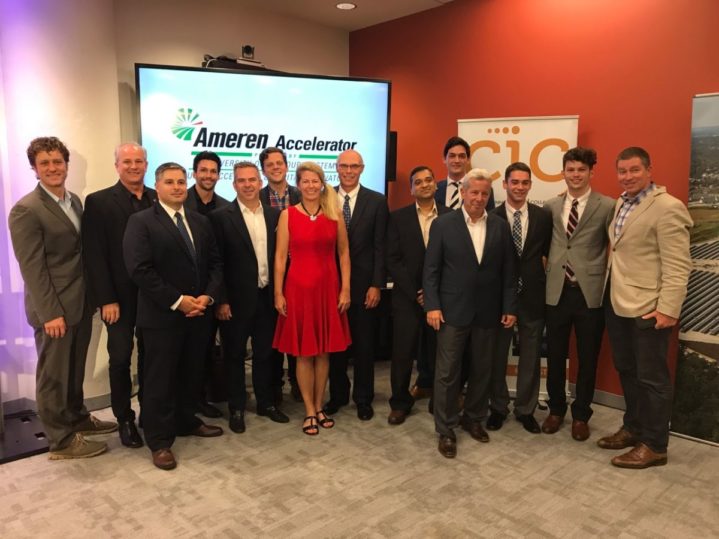 One Year in, the Ameren Accelerator Has Surpassed All Expectations

With one year under its belt, the Ameren Accelerator has exceeded expectations. Can your startup benefit from $100,000 in seed funding and unparalleled mentoring? 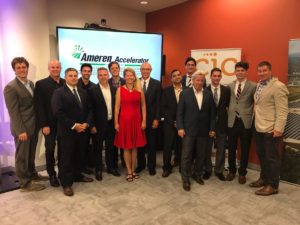 Offering a compelling combination of unparalleled infrastructure, experienced mentors, eager student interns, and $100,000 in seed funding, the Ameren Accelerator has been a gamechanger for St. Louis’ energy and technology startups.

Last year, the utility giant Ameren partnered with the University of Missouri system, UMSL Accelerate, and Capital Innovators to launch a 12-week program that would bring the most promising energy startups from around the world to St. Louis — and then give them everything they needed to mature into successful businesses. After a competitive application process, the Ameren Accelerator selected seven startups to award $100,000 each in seed funding, and pair with top corporate, academic, and student talent in order to transform their grand visions into realities.

One year later, that first cohort of energy startups is thriving, and the Ameren Accelerator is preparing to welcome its next class of innovators into an incubator unlike any other. For startups and business leaders hoping to understand why Ameren is investing so enthusiastically in the energy companies of the future, it helps to understand how the accelerator began — and where it hopes to go.

Why Would a Century-Old Utility Company Fund an Accelerator?

Thanks to plenty of reinvestment and redevelopment efforts, St. Louis is quickly growing into a hub of accelerator-driven startup success. Already, according to the St. Louis Business Journal, startups that have graduated from the area’s accelerators have gone to raise nearly $400 million in follow-on capital. Ameren spotted these growth trends and keenly identified the underlying elements of a potential transformation of the regional and national energy economies — the kind that only nimble, determined startups can drive.

“As technologies continue to advance, and as the needs and expectations of our customers continue to rise,” Chairman, President, and CEO of Ameren Warner Baxter says, “it is important that we work collaboratively with innovators and entrepreneurs throughout the world to deliver superior value to our customers, shareholders and the communities we serve.”

As Baxter explains, Ameren wanted to do more than just invest in emerging technologies that could benefit the company’s bottom line. Instead, the energy heavyweight saw an opportunity to bring together St. Louis’s one-of-a-kind resources — such as the UMSL Accelerate program and Capital Innovators — in order to lay the foundation for broader economic growth. By deeply integrating these burgeoning startups into the local community, Ameren hopes to better serve customers, strengthen business ties throughout the state of Missouri, and attract future-proof jobs perfectly suited for today’s energy landscape.

Through invaluable mentoring from C-suite executives, UMSL professors, and community business leaders, the Ameren Accelerator empowers startups to grow into the companies they want to become. The infrastructural support given to selected founders is unmatched in the energy industry, and the Ameren Accelerator remains unique in its fusion of corporate, academic, and entrepreneurial resources. While program organizers certainly expected the accelerator to be a success, the results have been exceptional.

For example, WIFIPLUG chief executive Leon Doyle tells the St. Louis Post-Dispatch that “Ameren has been so helpful it’s unbelievable. Every single resource we’ve asked for, we’ve got.” Thanks to business connections fostered by Ameren, the British startup was able to pre-sell over $10,000 worth of products in just one demonstration.

Similarly, CEO of Rebate Bus Joe Pater explained to the St. Louis American that “Our involvement in the 2017 Ameren Accelerator has helped us bring our newest initiative — an instant incentive program — to customers of Ameren Illinois and other utilities this spring. This wouldn’t have been possible without the mentoring and support we received through the accelerator program. It was an invaluable experience and a real game-changer for our company.”

Whether it’s the vote of confidence startups get from potential investors or the added operational capacity provided by talented student interns, the Ameren Accelerator can be the difference between small business extinction and long-term success. As Baxter says, “Through the Ameren Accelerator, we’ve been able to identify and support startups and innovations that have the potential to make a lasting, positive impact for our customers and our industry, while bringing new jobs to our region.”

For startups looking to solve the most pressing energy and technology problems society faces today — not to mention build successful businesses — the Ameren Accelerator represents an invaluable opportunity. Apply to the accelerator by the March 9 deadline and see if you have what it takes to make your mark on the American energy industry.

Oliver Cox
Oliver is a Community Voices Editor for EQ and is engaged in new business development at Longneck & Thunderfoot. You can find him performing music at many local open mic nights.