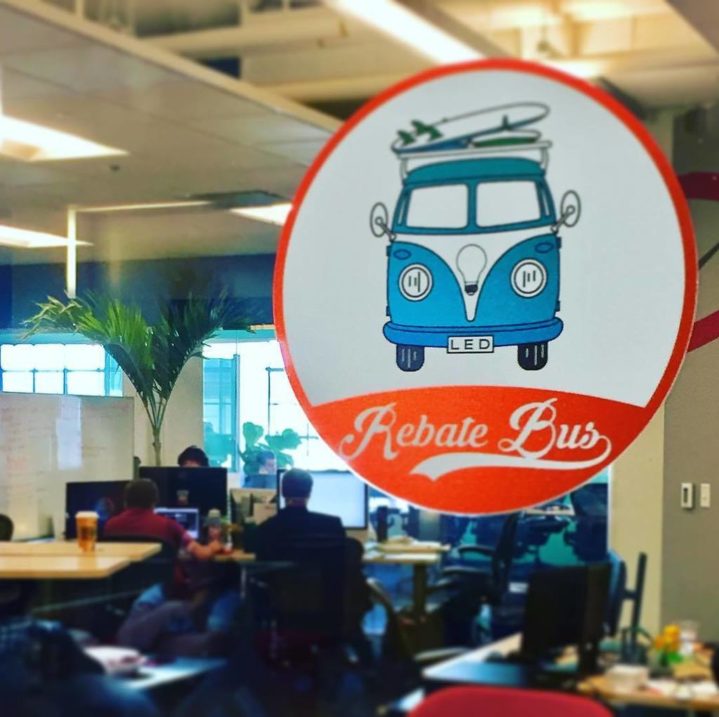 From Madison to STL: Rebate Bus Sets the Standard for Job Creation Through Innovation

The Ameren Accelerator didn't just help Rebate Bus break into a highly competitive industry — it provided the support, guidance, and resources the company needed to become a mature, sustainable, and profitable venture.

In recent years, a growing number of homes and businesses are recognizing the many benefits of upgrading to more efficient energy sources and systems. However, this increasing level of awareness hasn’t exactly translated to a massive boom for the burgeoning green energy industry.

Why? It’s simple: home and business owners alike are wary of the costs associated with these upgrades. 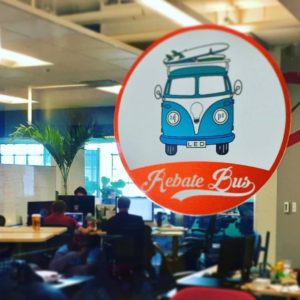 In an effort to incentivize potential customers and make these resources more accessible, many green energy companies offer rebates and promotions. The only problem is that the utility rebate landscape is itself somewhat convoluted and difficult for the average consumer to navigate.

Recognizing this sticking point early on, CEO Joe Pater launched Rebate Bus — a utility rebate database designed to both identify products and utilities that qualify for rebates, and de-silo and streamline the entire search process.

Of course, launching a startup in any industry is a challenge, but breaking into a highly consolidated market dominated by a few utility giants is another thing entirely. Pater had years of industry experience under his belt, but he knew he was going to need additional support and resources if he wanted his fledgling business to truly get off the ground.

Enter: the Ameren Accelerator — a joint venture between utility giant Ameren, the University of Missouri system, UMSL Accelerate, and Capital Innovators. In addition to awarding qualifying energy startups with $100,000 in seed funding, the Aremen Accelerator focuses on fostering long-term success through mentoring and support from experienced industry executives, academic experts, and local business leaders. Moreover, the program connects its members with qualified student interns, which helps ensure its startups have access to the talent they need to maintain sustainable growth.

For Rebate Bus, one of the key benefits of their partnership with the Ameren Accelerator was the access to the infrastructural support and expert guidance it needed to transform into a mature utility technology company. As Pater explained in a recent St. Louis American article, “Our involvement in the 2017 Ameren Accelerator has helped us bring our newest initiative — an instant incentive program — to customers of Ameren Illinois and other utilities this spring. This wouldn’t have been possible without the mentoring and support we received through the accelerator program. It was an invaluable experience and a real game-changer for our company.”

In addition to establishing a partnership with Ameren Illinois, Pater and his team spent part of their time in the accelerator developing an in-store rebate system. The new product has already generated a considerable amount of interest, and Rebate Bus is currently in talks with a number of retailers about integrating the system into their stores.

Since graduating from the Ameren Accelerator, the company has hired four new full-time team members and two interns — the latter of which joined through the Ameren Accelerator. All of these pieces have come together to form a solid foundation from which Rebate Bus can solidify and ultimately expand its presence in St. Louis and the surrounding region.

In the words of Warner Baxter, Chairman, President, and CEO of Ameren, Rebate Bus’ success — especially in driving job creation in St. Louis — represents the model of what the Ameren Accelerator hopes to accomplish: “[It’s] an investment in the St. Louis region and is expected to continue to draw business startups from around the world to St. Louis, creating regional jobs and complementing the region’s growing technology ecosystem.”

If you’re launching or involved with a startup in the energy and technology space, the Ameren Accelerator is a massive opportunity to not only secure much-needed seed funding but also to establish a solid foundation for future growth and success. The deadline for this year’s cohort is March 9th — apply today and find out just how high your company can fly.