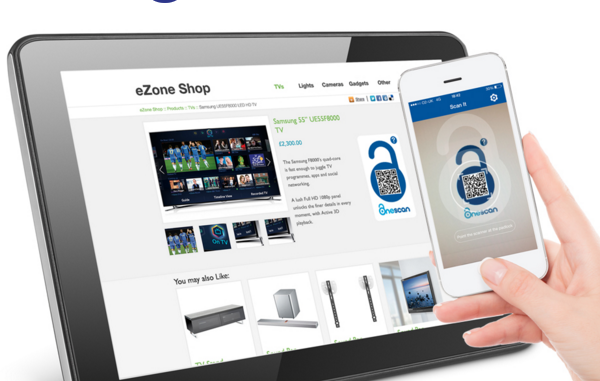 Growth in the Gateway City: London-Based Ensygnia’s Time with SixThirty

“My first thought was St. Louis? Why St. Louis? When you’re coming from the UK you’re strangely ignorant to these things. You don’t know St. Louis is the number two finance hub in the U.S.”

Ensygnia founder and CEO Richard H. Harris was surprised when the St. Louis FinTech accelerator, SixThirty, reached out to him about applying for their fall 2015 cohort. The London-based company was growing, but he didn’t think the gateway to the U.S. market was a midwestern city on the banks of the Mississippi River.

But when he explored the offer, he quickly realized the next step in Ensygnia’s growth may be boarding a plane bound for Lambert International Airport.

“You start to look at the companies that are present and the pedigree of SixThirty and Cultivation Capital and it makes you sit up and pay attention,” he says.

Ensygnia is a one-touch customer service platform, designed to make any interaction with a company as easy as possible. Their mobile app handles everything from logins and account generation to identity verification, customer loyalty programs and payments. It’s like a concierge for the customer experience, providing the user “anything you want in your customer journey.”

It handles that entire journey end to end, with every bit of information encrypted at the highest level.

For Ensygnia’s clients, the value proposition is simple: If you’re calling customers to action, you want them to be able to act quickly and easily.

“You’re asking the customer to do something and that has a certain level of pain. Whether you’re trying to verify they’re not a robot, doing that with horrible things like captchas that some people can’t read, or whether you have strange rules on your username or password creation and the person makes a mistake and the forms empty,” Harris says. “All of these things disrupt the customer journey and cause pain to the consumer. The net effect is you lose sales.”

So Harris moved to St. Louis for eight weeks, crossing the Atlantic Ocean to go through SixThirty’s program.

The value was immediate. In addition to providing networking opportunities with other startups and helping Harris acclimatize to the U.S.’s comparatively aggressive sales techniques, SixThirty also did what so many of their startups praise them for; they made connections.

“Coming from the outside, especially if you’re overseas, it can be difficult to navigate a large company,” Harris explains, noting the challenges of finding the right set of ears within a potential client company to get a deal done.

In addition to the one big connection he was hoping to make, Harris estimates he gained about 10 working relationships in the eight-week session.

But St. Louis wasn’t all work and no play. While he did spend most days balancing the learning experience of the accelerator with running Ensygnia, he was still able to dive into the city and the people.

He took in a Rams game, marveling at the spectacle of the NFL’s gaudy presentation.

“Flames coming out when they come out on the pitch, and all this drama and showmanship. It was incredible,” he says. “I’ll never forget that.”

He was here for Halloween, a holiday that is far more reserved in London.

“We went out with the kids and did the whole thing with the candy. You take that for granted, but I’ve never seen anything like that in my life,” he says with an affectionate chuckle.”

“I thought that was brilliant, actually. It was a great sense of community to see people in the streets mixing in that way. I kind of miss that.”

He won’t miss the television, most notably American TV’s propensity to cram as much advertising into a show’s running time as possible; often to the detriment of plot flow and suspense. The most egregious offenders, he decided, were the pharmaceutical ads; promising to fix anything that ails the user as long as they’re willing to risk a list of side-effects seemingly worse than the malady itself.

“You may grow an extra arm out of your face, but you won’t have allergies,” he laughs.

But overall, his time in St. Louis was everything he hoped for. He speaks precisely about business, describing the steps Ensygnia took with pride; the kind one has after making the most of an opportunity. But when he speaks about his overall experience, his voice is tinged with warmth.

“I miss the people,” he says. “I thought it was a fantastic community.”

The work paid off, too. Ensygnia recently closed a round of funding and will soon begin working with Gate Ventures, a venture capital firm, to expand their business to Asia. They also will be embedded in a large gaming company’s platform, stretching their market reach even further.

Ensygnia is growing fast, and though Harris and his team live and work in one of the world’s biggest financial hubs, their growth in St. Louis may prove just as valuable as being born in London.