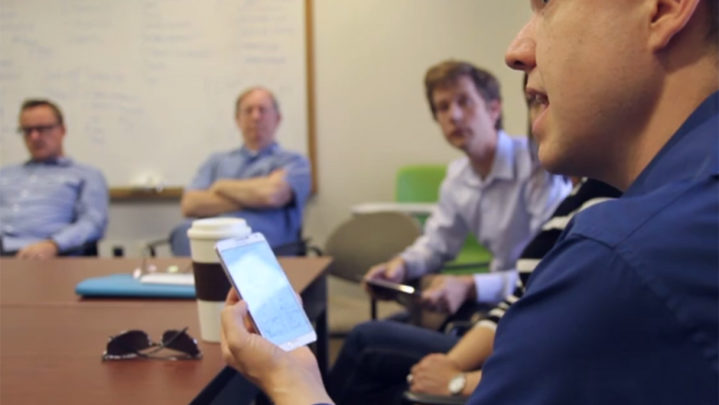 A Look at SixThirty’s (Big) Impact

St. Louis-based FinTech accelerator SixThirty enters its fifth year this summer. Here's a look at the organization's impact on both the region and the FinTech sector world-wide.

SixThirty, a global FinTech seed fund and business development accelerator based in Downtown St. Louis, is responsible for introducing some of the most advanced and vital technology that affects all of us. Launched in 2013, the accelerator targets late-seed stage FinTech startups that have a product and market traction and are starting to earn revenue.

St. Louis is an ideal place for a FinTech accelerator like SixThirty. St. Louis has been an established leader in financial services for more than a century, and the region is home to large financial companies such as Mastercard, Wells Fargo, Scottrade and Edward Jones, among others.

Entering its fifth year this summer, SixThirty has a lot to celebrate. Here’s a look at the organization’s impact on both the region and the FinTech sector world-wide.

A Focus on Partnerships

Funding is a significant driver for growth and success, and SixThirty provides a path not only to funding through their investment, but also opportunities to connect with potential customers. The 8-10 FinTech companies selected to take part in the business development accelerator program each year receive hands-on training, mentoring, and networking opportunities with the top financial services companies in the region.

The beginning of 2016 brought a substantial partnership with RGAx, a subsidiary of Reinsurance Group of America that focuses on emerging technology. RGAx invests directly in the SixThirty seed fund, and lends resources in the form of mentorship. In May 2016, SixThirty cohosted the Distributed: Trade blockchain conference in St. Louis with BTC Media, which included a 24-hour hackathon sponsored by RGAx.

Other incumbent corporate financial services companies from the region invest directly in SixThirty and lend similar resources. In April, 2017, Edward Jones signed a multi-year partnership with SixThirty, viewing it as an opportunity to look outside its firm for the best ideas in financial technology to help it achieve its goals.

A National and International Draw

SixThirty sources investments from across the globe. The Spring 2016 class included companies from five different countries: S4 from Argentina, JustCash from Canada, LendingFront from New York by way of a Guatemalan founder, BondIT from Israel and CheddarGetter from Bloomington Indiana.

The diverse interest can be credited back to the quality rigor of the business development program as well as SixThirty team’s outreach efforts.

“Our pipeline development is quite intentional,” Atul Kamra, SixThirty’s managing partner commented earlier this year. “We scour the map when it comes to activity in FinTech through competitions, conferences, blogs, accelerators and technology.”

By the end of 2016, SixThirty had invested in 25 financial technology companies from around the world, bringing them to St. Louis where they’ve received up to $100,000 in funding, focused mentorship from corporate partners and subject-matter experts, and connections to some of the top financial institutions. But that wasn’t the only sector they were looking to bolster.

The Launch of a New Accelerator

CYBER also looks to include companies that were under the requirements for the portfolio in a ‘Special Programming’ subset of the accelerator, companies that might not be ready for the program, but show promise.