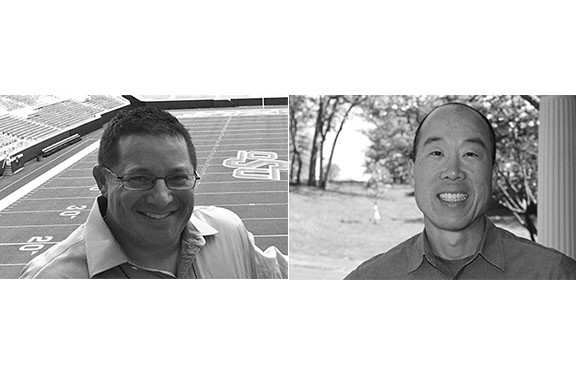 Several announcements were made tonight at St. Louis Regional Chamber’s annual event No. 178, all speaking to the continued innovation and entrepreneurship in the region.

One such announcement was the inaugural cohort of Stadia Ventures, a new St. Louis startup accelerator that focuses on early-stage sports companies. Stadia revealed the four startups that have been selected to take part in Stadia’s first accelerator program.

This program will invest up to $100,000 into these companies for an equity stake. Adding to the enthusiasm at the event, the St. Louis Regional Chamber announced that it is making a financial commitment of up to $50,000 to Stadia Ventures.

“In 1904, St. Louis was the epicenter of sports and business when we hosted the Olympics and World’s Fair,” said Stadia Ventures Co-Founder and Managing Director Tim Hayden.

“In 2015, we are putting St. Louis back on the map with our Sports Business Accelerator, as we welcome some of the most innovative sports business startups in the world into the only Sports Innovation Hub, located here in St. Louis.”

Stadia Ventures Co-Founder and Managing Director Art Chou added: “The road to sports innovation may end in Baltimore with UnderArmour or Beaverton with Nike, but we’ll make sure that road passes through St. Louis.”

The four members of Stadia’s first cohort were selected after 11 finalists were chosen mid-August.