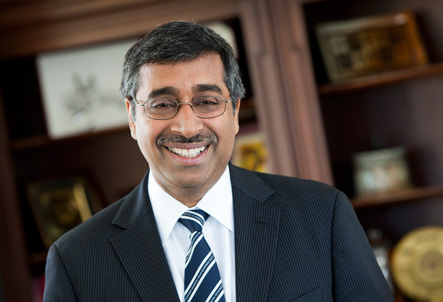 Washington University Olin Business School dean Mahendra Gupta will step down from the position in June. During his decade-long tenure as dean, the school expanded its focus on entrepreneurship, adding an undergraduate minor and MBA platform in entrepreneurship and expanding the school’s involvement with the local startup community.

Gupta will continue to teach and conduct research at the business school as a member of the accounting faculty. The university is conducting a national search for his replacement.

Three Washington University student-led teams were awarded a combined total of $5,000 from the Boeing Patent Challenge. More than 30 multi-disciplinary teams participated in the contest, which tasked students with building venture concepts based on existing patents owned by the aerospace giant.

The first-place team won $2,500 for its application of Boeing’s hyperspectral imaging technology to identify cancer cells in real-time. The second and third place teams received $1,500 and $1,000 prizes, respectively. The challenge is a joint project of the university’s Skandalaris Center for Interdisciplinary Innovation and Entrepreneurship and Boeing Phantom Works Ventures.

St. Louis medical device startup Sparo Labs raised more than $450,000 from investors this month, according to a Securities and Exchange Commission filing. Sparo Labs is the creator of Wing, a pocket-size device and app that measures lung function and could help asthmatics manage the disease.

The company also raised $54,155 on crowdfunding website Indiegogo in November. Sparo Labs, which got its start at Washington University, hopes to receive regulatory approval from the Food and Drug Administration this year so it can begin selling the device commercially.

St. Louis-based Nanopore Diagnostics has raised almost $600,000 from a group of investors led by the Missouri Technology Corporation. The company is developing a device to help doctors detect bacterial infections within 30 minutes. The money will be used to fund clinical work to validate Nanopore’s proof of principle.

Venture capital investments in Missouri companies increased by 51 percent in 2015 over 2014, according to the MoneyTree Report, published by PricewaterhouseCoopers and National Venture Capital Association. Investments in 2015 amounted to more than $257 million, the highest single-year total since 2001, as reported by the St. Louis Business Journal.