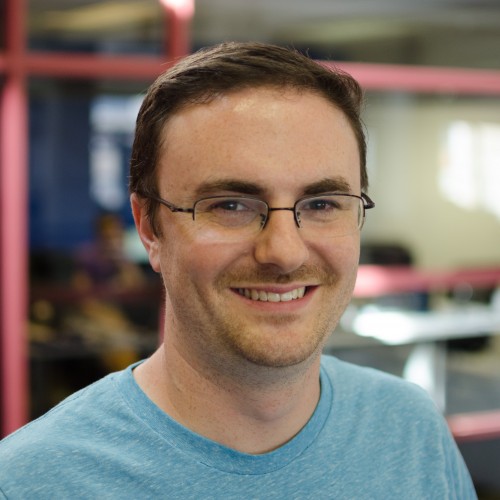 A talented entrepreneur is born in St. Louis, stays in town for college to attend Washington University, but then migrates west after graduation. Unfortunately, this isn’t such an uncommon story for our region, but more and more, we’ve seen St. Louis attract back talent that has left, like Tyler King.

As the CEO of Less Annoying CRM, which he founded with his brother, Bracken King, Tyler, who’d been working for companies in Utah and San Francisco, chose to build his company in St. Louis. We caught up with him to discuss his biggest challenges, proudest moments and what’s next for his startup.

How was Less Annoying CRM started?

It was clear that none of them had ever used one before, so I tried to encourage the company I worked for, saying, “Hey guys, this seems like a really great thing to expand on,” but that really wasn’t their core business.

Separately at that company, I was tasked with setting up Salesforce, the number one CRM, and it was super confusing. I’m a professional programmer and I couldn’t figure it out, so I thought, “How are these health insurance agents who we work with ever going to figure this out?”

Those two things came together for me, knowing there was no way a typical small business is going to set up something like Salesforce, so we decided to go out and build our own thing.

And how did you end up back in St. Louis?

We looked all over the place, and really considered probably a dozen different cities. There was a lot of appeal to St. Louis, since we a lot of have ties here, but probably the biggest thing for us was that St. Louis seemed like it had a great talent pool with very little competition to hire.

LACRM was first housed in T-REX and now you’re in your own offices Downtown; walk us through that timeline.

Before T-REX, we’d never had an office before, and everywhere we looked had a three-year lease or something like that. We probably wouldn’t have been able to get an office without T-REX at that point, and we thought it was going to be a long-term home.

They were super accommodating and we really liked being there. But then we got to the point where we were hiring enough people and we weren’t all going to fit in the same room, and once you reach a certain point, it’s time to grow up and out.

We asked Arch Grants [Less Annoying CRM was a 2014 Arch Grants recipient] for a recommendation for a real estate broker and he showed us a bunch of different office spaces in St. Louis. At the time, we still weren’t sure we were leaving T-REX because it was such a great deal and we liked being there.

But what we found out was space in Downtown St. Louis is just so accessible, so we actually moved out of T-REX a year before we planned on it because it was so easy to do. But T-REX was really great for us, not just because it was affordable and because of its community and all that, but because of the flexibility it offered.

It was the stepping stone that let us get to our own office. It’s very possible we still wouldn’t have an office of our own if we hadn’t been able to start at T-REX.

Now we really like [being Downtown]. It’s easy to get to since most of the company lives in the city.

But also, I think density is really key for a startup ecosystem; it benefits from a lot of companies being and staying Downtown and I wanted to be a part of that.

What are some of the biggest challenges you’ve faced as a founder?

I think for us, and for any company, one really important thing is hiring. We have a really great team, but that’s not to say it isn’t challenging to find the right people and learn how all of that works.

St. Louis has been a lot better than San Francisco, but it’s still one of those things that’s top of mind. Then honestly, all the things that have been challenging are the reasons we got into this in the first place, which is doing something we’ve never done before.

Every day there is a new challenge, but nothing has been too existentially threatening. You just come into work every day and take things one at a time.

And your proudest moments as a founder?

I can’t say it’s one big moment, but the best thing that happens is getting feedback from happy customers.

It feels good for me as one of the founders, but also for everyone on our team, when a customer writes in and says, “I just want to let you know that you guys are awesome; this is the best customer service I’ve ever gotten,” or anything like that. That really validates everything.

We’re six years old, but really the first few years we were working out of each other’s apartments and we had other jobs on the side. So really just the last two years we’ve been a real startup.

Having that team and being able to go into work every day and see a bunch of other people sharing the same vision has been really great.

Do you have any advice for other entrepreneurs?

I’m a big advocate in considering all your options in terms of how to fund the company. Raising money from investors is the right move for certain types of businesses but I think a lot of businesses go that route that maybe shouldn’t.

Particularly in St. Louis, I’d say because the cost of living is so low and there are so many different things like Arch Grants and T-REX that are here to help, you can get a lot more creative with the business you want to run instead of the business that everyone else tells you you should.

One thing I like a lot about St. Louis, and T-REX embodies this well, is that compared to San Francisco, it’s a lot more inclusive of different types of ideas.

The whole startup community is very driven by investors of course, and that’s true here too; but in San Francisco people didn’t even think we were a real startup if we hadn’t raised money. Whereas in T-REX, instead of being met with skepticism, everyone thought it was interesting and cool that we were able to do it without raising money.

What’s up next for Less Annoying CRM?

We’re going to keep working on the product and make it better. Our long-term goal is to be the only piece of software that a small business needs to operate.

Right now we’re a CRM, but the long-term goal is to be a lot more than that.