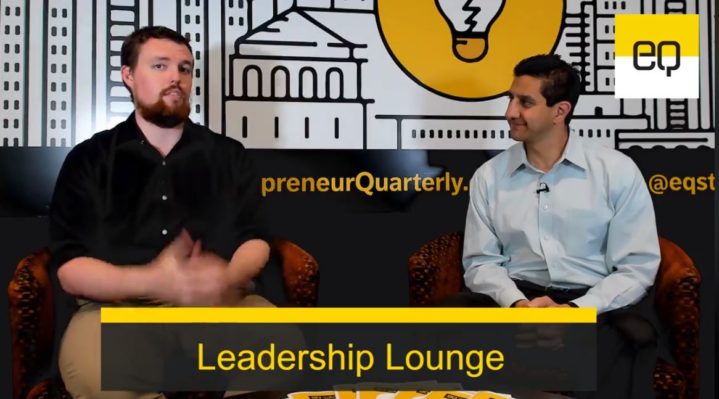 As we continue to live more and more of our lives online, internet security has become a hotter and hotter topic. Especially at a conference like #MDMC which is devoted to all things digital. With more than two decades of staying on top of internet security under his belt, it was no surprise that the keynote session with Dennis Dayman, Chief Privacy and Security Office at Return Path, was packed. Nick Niehaus of Connect Marketing chatted with Dayman in the EQ Leadership Lounge about the new privacy regulations being implemented globally and how email marketers, in particular, will be affected.

Dayman notes that while the recent rollout of the European Union’s General Data Protection Regulation or GDPR, has brought the topic into the forefront of the security conversation, the EU has had data protection regulation since the mid-90s and some of those countries have regulated the use of personal data since the 70s. Now, he says, the United States is eyeing the changes being implemented there as a model for what needs to be implemented here.

That’s bringing some new ground rules to email marketing, and some new problems, but he also shares some solid advice for effective marketing that both protects and engages the consumer.

Niehaus references the rise of online data breaches as a catalyst for higher standards and stricter compliance and Dayman agrees. “Consumers are starting to ask for this protection. They’re more aware of what’s happening with their data, when it’s hacked, when it’s being misused. They’re asking for something to be done.”

Since there is no single umbrella legislation at the Federal level, states are taking the matter into their own hands with California in the lead modeled somewhat on the GDPR. Dayman says he foresees issues with the lack of uniformity of regulation since internet access isn’t bounded by geographical location. “You might almost start having to ask, ‘Where do you live,’ because it’s such a hodgepodge,” he says.

Monitoring Services Don’t Protect You (Maybe the Opposite)

Like many of us who have had our data illegally accessed, Niehaus has been offered a subscription to a “monitoring service” as amends for the breach. He asks Dayman if those services are worth signing up for.

In actuality,” Dayman responds, “What you’re doing is confirming more PII (personally identifiable information) to that company.” Rather than confirm that data, or even provide more data than is already available due to the breach, if you are concerned about your credit the wise move is to freeze your credit, a move which you are entitled to make by law.

How Did We Get Here?

We love innovation, especially the innovation that makes our lives more convenient, enjoyable, even entertaining, but Dayman says the speed of that innovation is one of the factors in the rise in the amount of data floating around online and the ease with which it can be stolen. “Innovation is happening at a neck-breaking speed right now. It used to be, in the 80s and 90s, if you wanted to do a new technology, there was a lot of time in building it, you were actually literally coding it by hand. You didn’t have all these cloud providers and services that you just plug in and it does something for you.”

Dayman adds that digital devices that collect even more data are part of that equation as well and says that one factoid he shared in his keynote is that 90 percent of today’s data was created in the last two years. One reason we’re creating at that rate is because data is cheaper to store and host. So we’ve become what he calls “data hoarders.”

According to Dayman, data has become the “new gold standard,” partly because of its value to marketers. And that was the real focus of Dayman’s presentation. How can marketers, specifically email marketers, not only increase the deliverability of their emails but also have a better understanding of how people interact with emails?

He and Niehaus delve into the common mistakes marketers make and his advice makes this video “solid gold” as well.