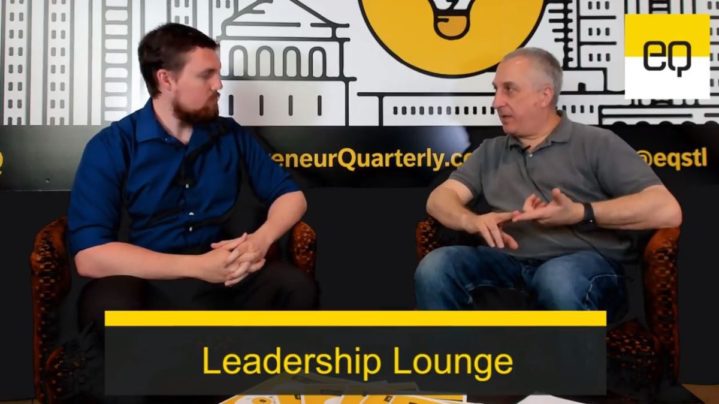 Tom Ruwitch says that he often hears stories of how email marketing or some other marketing medium doesn’t work. But the vast majority of times, when he really gets into what the client was trying to do, he finds that the failure wasn’t the fault of the medium or method used. It was, he says, because “the story that they were trying to deliver via that medium was out of sync with their target audience.”

The same is true, says Ruwitch, of the “elevator speech.” While you can effectively engage your audience with a quick story about your product or service, if that pitch doesn’t tell a story, or if the story isn’t of interest to your audience, you’ve lost them.

That resonates with Nick Niehaus, who interviewed Ruwitch for this episode, because when he started his business people always advised him to “tell your story,” and he says he initially just didn’t get that.

Why is Storytelling so Hard and Why do Companies Get it Wrong?

It’s common for companies to fail to tell their story in a way that captures their audience or to not even try to tell a story at all. Niehaus says he thinks a lot of companies struggle with getting the story right so they just “default to, ‘Here’s what I do, do you want it or not?'” He asks Ruwitch why it’s so hard to distill the story behind what we sell.

It is easier, Ruwitch agrees, to just describe the “widget.” And while the adage “focus on the outcomes instead of the features” might be intended as helpful, he thinks that it actually makes the story a little more “nebulous.”

A Simple Framework for Storytelling

To make the process of finding the story that syncs up with your market a little less onerous, Ruwich has created a formula of sorts that takes a company from basic information like “what we do” and “who we do it for” to a compelling story about why someone would want to buy.

Ruwitch uses a print ad for Rosetta Stone, which he considers the best ad he’s ever seen, as an example for this formula. The ad doesn’t tell a story about what Rosetta Stone is, or what it does. It tells a story of what it can create in the life of one “lonely farm boy.” In four lines of copy, this ad establishes what Rosetta Stone can deliver.

What is the Story Your Audience is Telling Themselves?

Where businesses go wrong, according to Ruwitch, is they almost always lead with the “how,” even when they know better. Niehaus agrees and says he believes that only works if the prospect already knows what product or service they’re shopping for.

Ruwitch takes that a step further and points out that for many of us, what we sell is something they’ve already tried. In his case, many people have tried email marketing, so if he led with the service his company, MarketVolt, offers they would be predisposed to tune him out. However, if he begins the conversation with a story about what people want from their marketing and the challenges they’re facing then mentions email marketing they might tell him their story of how email marketing didn’t work for them, but they’re willing to engage with him to learn more about how it could work.

Ruwitch and Neihaus go on to break down multiple examples of marketing stories built on this framework and Ruwitch shares tips on how you can use this process to create a compelling story that aligns with your target market.