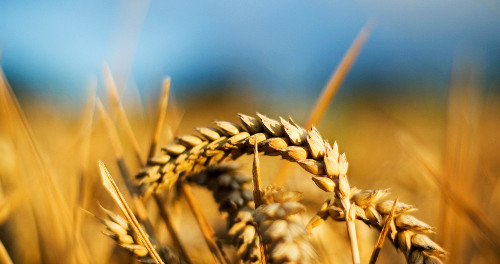 Israeli genomics company NRGene has selected St. Louis as the location of its U.S. headquarters as announced by GlobalSTL, an initiative of BioSTL, late last week.

NRGene develops advanced computational tools leveraging big data to identify genetic traits to improve yield, environmental tolerance, and disease resistance. It was the first to successfully assemble the whole genome sequence for wheat, one of the most complex plant or animal genomes, five times larger than the human genome, and has assembled more than 80 genomes in less than a year.

“Missouri as the ‘heartland’ of American agriculture is the natural U.S. home for NRGene,” said Gil Ronen, CEO of NRGene in a press release. “Our strong partnership with the Donald Danforth Plant Science Center brought us to St. Louis, and GlobalSTL convinced us to stay.”

NRGene is the fourth company to move to St. Louis through the GlobalSTL initiative, following Kaiima Agro-Biotech, Evogene, and Forrest Innovation. The company will establish its first St. Louis location with six employees, headed by Paul Chomet, Ph.D., at [email protected] in the CORTEX innovation district.

Their recruitment a great example of GlobalSTL’s focus on prospects that match St. Louis’ strengths and creating international buzz about the Gateway City. “With each successful recruitment, we are building a cluster of world-class agritech companies that bring with them technology and talent that enrich the St. Louis ecosystem,” said Donn Rubin, President and CEO of BioSTL in a statement.

GlobalSTL first met with NRGene in April 2015 on a trip to Israel that brought together representatives from Monsanto, KWS, and the Donald Danforth Plant Science Center. Connections with Danforth Center scientists influenced the company’s decision to consider St. Louis as its North America base.

Since the initial meeting, GlobalSTL has hosted NRGene in St. Louis, introducing them to potential local corporate partners and customers, St. Louis’ innovation districts, and to state agencies to aid in relocation incentives.

Gov. Jay Nixon and legislative leaders were able to personally reinforce the message of Missouri’s commitment to the company’s success during a trade mission to Israel last month. as well as offer state incentives through The Missouri Partnership.

“NRGene’s decision to locate its U.S. headquarters in St. Louis is another big win for the region and a testament to our commitment to competing worldwide for jobs and investment,” said Gov. Jay Nixon.