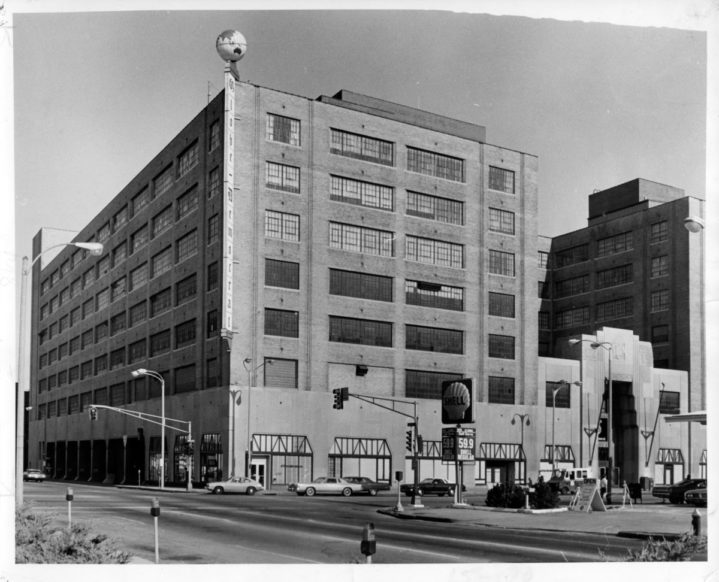 Presented by The Globe Building

Why Keeping the NGA in St. Louis Matters to the Innovation Community

Next month the National Geospatial-Intelligence Agency is expected to make their decision about where their $1.75 billion intelligence campus (which houses 3,100 employees) will relocate.

Keeping the NGA in St. Louis would be a boon to the tech and startup community already thriving in downtown as a model of urban business innovation.

For the NGA, the North City site would bring shorter commutes, access to world-class research universities, and a new generation of knowledged workers who prefer to live and work in a “car optional” neighborhood.

The NGA, then known as the ACIC, or Aeronautical Chart and Information Service, first came to St. Louis at its inception in 1942. As they mapped and planned the battles of World War II, they put down roots in the historic Globe Building in downtown St. Louis, a structure that continues to house innovative tech startups and meet their big data needs to this day.

The NGA eventually grew out of the Globe Building, moving to a larger location on the south side of the city of St. Louis, and now they again are needed more space, eyeing 4 locations, including one close to it’s origins. Continuing that tradition of urban innovation by once again establishing NGA’s western headquarters downtown would further solidify St. Louis as the technology hub of the Midwest.

In early March, both the City of St. Louis and the State of Missouri made a big commitment to keeping innovative technology in the area by proposing a 99-acre site for the NGA’s new western headquarters, one that would come at no cost to the NGA. The ambitious plan is spearheaded by Mayor Francis Slay, along with federal and state leaders, and would place the NGA’s campus at the intersection of N. Jefferson and Cass Avenues as part of a broader revitalization plan for St. Louis’ north downtown area.

Nestling a top information intelligence agency in downtown St. Louis is aimed not only at firmly establishing St. Louis as a center for technological innovation for years to come but also bringing new life to an urban area presently known more for abandoned housing projects than bustling sidewalks. In a press release, Mayor Slay said the NGA would be a great fit in downtown St. Louis, “Locating NGA within an urban setting is the only environmentally responsible solution that also promotes environmental and social justice, as well as economic equality,”

Some of the improvements to the area laid out in the proposal include a full highway interchange at Jefferson Avenue and I-64/Hwy 40, strong connections to planned rail and bus networks and enhancements to N. Jefferson and Cass Avenues, described as a more boulevard-like feel. The City of St. Louis has proposed a $1.5 million annual commitment for up to 30 years in support of the relocation, and the state of Missouri has promised $131 million in Tax Incremental Financing and Brownfield Tax Credits.

Proponents of the plan point to the Cortex District as an example of the city already succeeding in transforming a struggling urban area into a vibrant tech center while opponents worry that an urban environment will not fulfill the security needs of an organization like the NGA.

The St. Louis Development Corporation produced this video showcasing the viewpoints of Mayor Slay and state and local leaders about the importance of the NGA western headquarters relocating to the proposed site at N. Jefferson and Cass Avenues, and what the City of St. Louis has to offer the NGA and its employees:

What the Tech Community is Saying

“NGA director Robert Cardillo talked about the need to embrace being open and doing work in open environments, and not necessarily embracing how they functioned in the past in isolation. To recognize that what they’re doing now is driven by competition, it is driven by an open environment, that’s essentially what we have in our St. Louis innovation districts. They’re these very collaborative environments.”
– Ginger Imster, Executive Director, Arch Grants

“The NGA site will be a continued bridge as we redevelop the entire region.”
– Travis Sheridan, Executive Director, Venture Cafe

“There’s gonna be an innovation community that’s gonna be around NGA that will help bring it into an urban core that really is the future of innovation in this country.”
– Brendan Lind, Executive Director, LaunchCode

“What the most dynamic organizations want is to be in close proximity so that you’re bumping up against people… many a great idea have come out these great, serendipitous exchanges which can only come when we’re close to each other.”
– Dr. Fred Pestello, President, Saint Louis University

“When we talk about the St. Louis tech corridor, what we’re really trying to talk about is how do we create incredible density of the smartest people in the world working on the world’s most interesting problems. NGA obviously is a huge part of that component.”
– Gabe Lozano, CEO, Lockerdome

“It’s all about being in an urban environment, because the millennial population has voted with its feet, so to speak. [They’re] car optional as much as they can be, live/work/play as closely integrated together as possible.”
– Dennis Lower, President and CEO, Cortex

The main opponent for St. Louis’ bid is a proposal from the state of Illinois for a site in St. Clair County, near Scott Air Force Base. Illinois’ offer includes a donation of 182 acres and $115 million in incentives, with about $54 million already being spent on nearby road upgrades and infrastructure. The NGA is expected to make a preliminary decision on where to build the $1.6 billion project on April 1.