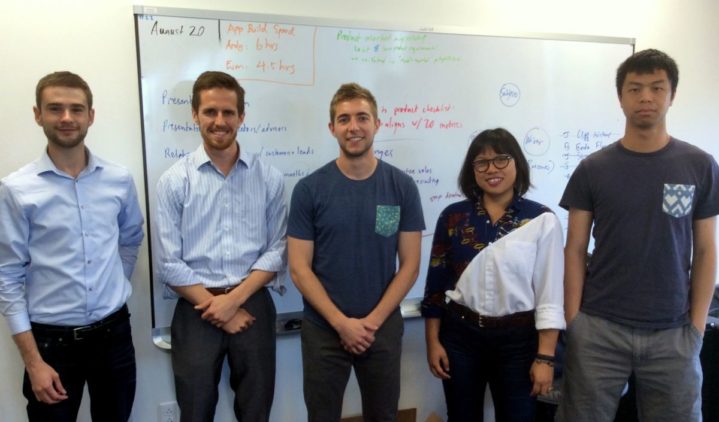 As we all know, St. Louis’ startup growth has been accelerating at record speed in the last five years. That said, some of our region’s most successful tech startups were founded more than 10 years ago, with many taking root at Washington University and launched either by current students or alumni.

Some WashU ventures have already exited and some are just getting started, but a common thread is collaboration: Students, alumni and faculty are working together across disciplines to share expertise and create value. Take a look at just a small selection of businesses that sprouted with WashU ties.

Millennial men love their clothes, and this unique trio has a corner on the sock market.

This year, the WashU alums and current student are designing a sock in collaboration with 4 Hands Brewing Co. to be launched with the microbrewery’s spring beer and to donate a portion of each sale to a St. Louis charity. Unfettered Socks has an eye toward donating socks to the homeless in the near future. Haselkorn is a serial entrepreneur who also contributes to a national entrepreneurship publication.

An original occupant of CET in Cortex, Exegy is the granddaddy of technical innovation in St. Louis. Formed by WashU Engineering faculty and a consistent destination of choice for WashU engineering students (for internships) and alumni (for jobs), the company deployed its high-efficiency hardware this year to the Tokyo Stock Exchange, its first customer in Asia Pacific. 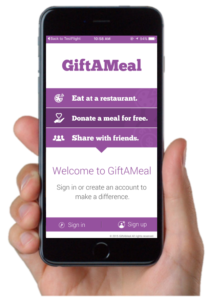 GiftAMeal is seeing a lot of change in 2016 (the shift from the previous moniker of FoodShare being the most apparent). The startup, a member of the Spring 2016 class of the Capital Innovators accelerator has won two competitions so far this year and also recently announced its partnership with Jimmy Johns locations across St. Louis to provide meals to the needy. Through the app, users snap a photo of their meals at participating restaurants and GiftAMeal donates a meal to Operation Food Search.

Like Exegy, Answers.com is the stuff of entrepreneurial legend at WashU and in St. Louis. As undergraduates, Karandish and Sims took advantage of internships at the Skandalaris Center and studied entrepreneurship and computer science.

Today, Answers.com is the world’s leading Q&A website and, according to Forbes, posted $245 million in revenue as of January 2015. The company was acquired in August 2014 by Apax Partners. Answers Corp was named a Top Workplace in St. Louis in 2014 and one of America’s Most Promising Companies by Forbes in 2015. Karandish received a Silver Stevie Award for Executive of the Year from American Business Awards and was a CEO of the Year Gold winner from CEO World Awards in 2014.

Epharmix boasts some high profile investors and potential customers, including X Prize founder Peter Diamandis, MD. The digital healthcare company is solving the problem of caring for patients after they leave the doctor’s office. Using only a phone number, Epharmix texts messages on behalf of physicians and pharmaceutical customers to patients in order to gauge pain levels and stay on top of other clinical conditions. Marggraff, who serves as the company’s CEO, previously founded Betaversity while still a student at WashU. He was named to St. Louis’ 30 under 30 and has a growing reputation as an advisor to other startups.

A winner of the Olin Cup in 2008, Burgett’s company was named the 9th most promising company by Forbes in 2009. Cultivation Capital provided funding in 2012. YurBuds are earbuds developed by athletes for athletes that are comfortable and stay in place even when wet. As with Johnna Marie, Ron King, director of the Center for Experiential Learning at Olin Business School, actively participated in the success of YurBuds until its acquisition by Harman International Industries in 2014. Burgett now serves as vice president and general manager at HARMAN International.

Ipsihand, a NeuroLutions product, is the brain child of WashU Engineering and Medical School faculty Dan Moran and Eric Leuthardt—literally. Through a neuro cap that picks up thought using Brain Computer Interface (BCI) technology and a robotic glove, stroke victims rehabilitate hand mobility by thinking. The glove opens when the wearer thinks “open” and closes when they think “close”. The clinical trial for this product continued in 2015 after a $1.5 million raise.

Brimer and Cohen met as undergraduates at WashU in a group they called “Engineers without Borders” which sought to solve world problems through engineering and both studied entrepreneurship with Cliff Holekamp at Olin Business School. As Sparo Labs, their product, Wing, is an app that works with a sensor to measure lung function. With Wing, asthma patients are empowered to know how their lungs are working and what conditions adversely affect their breathing. Sparo Labs was acknowledged as a “hot startup” at the White House demo day in 2015, and Cohen was a finalist for the Pipeline Member Growth Award at Pipeline Innovator of the Year Awards.

In addition to a recent appearance alongside entrepreneurial veteran Maxine Clark of Build-A-Bear as part of Accelerate St. Louis’ #CEO2CEO series, Johnna Beckham is preparing to release her spring inventory of custom suits assembled in St. Louis and available for online ordering. Having received investment and other support from EMBA faculty member Ron King, director for the center for experiential learning at Olin Business School, Beckham is entering her second spring season with her brand, Johnna Marie.

Named a Fast Ten company by ITEN in its 2015 Startup Report, DataDog Health uses mobile technology to help users reduce anxiety. The company’s wearable wrist monitors use biofeedback—such as heart rate—to help users modify their behaviors to decrease stress. To date, DataDog has clinically confirmed the efficacy of its products.