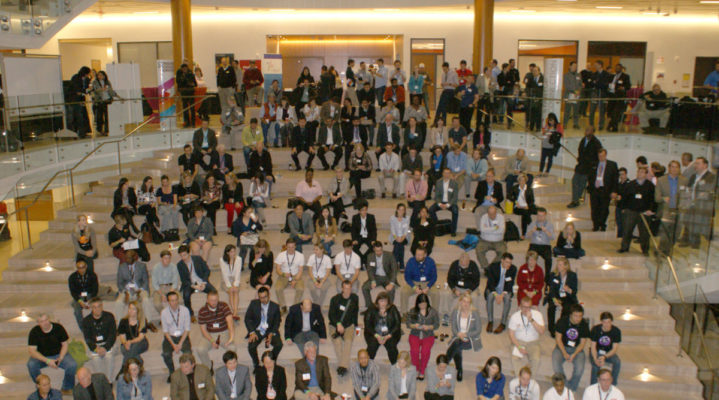 These three companies—along with 13 other startups and mid-size companies eager to export—began their work as participants in the new The STL Export Accelerator on October 1. The goal of the accelerator is to reward the region’s best new exporters and promote their future global market strategies. It focuses on startups and the region’s small-to-mid-sized companies who plan to export within two years of launching.

On Tuesday, November 15, $60,000 in prize money in the form of equity-free grants will be awarded to Accelerator participants at the first STL Export Accelerator Awards Ceremony. The first-, second- and third-place prize winners will take home $20,000, $15,000 and $5,000 respectively. The cash awards are provided by JP Morgan through the St. Louis Economic Development Partnership (SLEDP). Four Bright Futures awards, at $5,000 each, will also be announced for immigrant-, women-, minority- and veteran-owned companies.

In January 2015, Tim Nowak, Director of the World Trade Center in St. Louis (member of the St. Louis Economic Development Partnership) announced that St. Louis had won one of eight spots in the final cohort of the Global Cities Initiative, a five-year joint project launched in 2012 by the Brookings Institution and JP Morgan Chase. The initiative consists of a total of 28 metro areas working to orient their economies toward greater engagement in world markets. The two year program was to include research and development followed by implementation of integrated global trade and foreign-direct investment strategies to expand growth and increase competitiveness for each of the cities.

In June 2016 at a special event at Washington University, Nowak presented St. Louis’ first Export Plan, and the news that JP Morgan Chase would invest $125,000 to launch St. Louis’s first Export Challenge as Phase 1 of the Plan. Nowak said, “We surveyed and interviewed more than 750 regional companies, gaining insight into what–and where–St. Louis businesses sell.”  The surveys indicated a surprising number of early stage companies expressing the need and desire for exporting resources. In addition, Nowak said, “International business competition has given rise to a new entity—the born-global firm.” As a result, St. Louis, recognized nationally for its startup culture, was one of few cities in its Global Cities Initiative cohort to include startups in its Export Plan.

The awards ceremony takes place Tuesday, November 15, from 5-7pm at Anheuser-Busch Auditorium in Cook Hall at Saint Louis University. Entry to the ceremony is free, but registration is required.